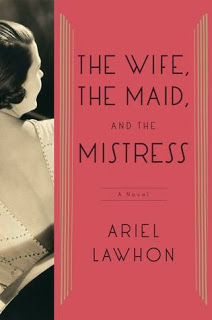 The Wife, The Maid, and The Mistress by Ariel Lawhon
Publisher: Doubleday
Publication Date: January 28, 2014
Source: She Reads

They say behind every great man, there’s a woman. In this case, there are three. Stella Crater, the judge’s wife, is the picture of propriety draped in long pearls and the latest Chanel. Ritzi, a leggy showgirl with Broadway aspirations, thinks moonlighting in the judge’s bed is the quickest way off the chorus line. Maria Simon, the dutiful maid, has the judge to thank for her husband’s recent promotion to detective in the NYPD. Meanwhile, Crater is equally indebted to Tammany Hall leaders and the city’s most notorious gangster, Owney “The Killer” Madden.On a sultry summer night, as rumors circulate about the judge’s involvement in wide-scale political corruption, the Honorable Joseph Crater steps into a cab and disappears without a trace. Or does he?After 39 years of necessary duplicity, Stella Crater is finally ready to reveal what she knows. Sliding into a plush leather banquette at Club Abbey, the site of many absinthe-soaked affairs and the judge’s favorite watering hole back in the day, Stella orders two whiskeys on the rocks—one for her and one in honor of her missing husband. Stirring the ice cubes in the lowball glass, Stella begins to tell a tale—of greed, lust, and deceit. As the novel unfolds and the women slyly break out of their prescribed roles, it becomes clear that each knows more than she has initially let on.

First, you need to play the mood music that I’ve embedded above. It’s the perfect backdrop for this book.

Justice Joseph Crater disappeared in 1930. The Wife, The Maid, and The Mistress is a reimagining of what might have happened to him and to the three women in his life. And ohhh, it’s a good one.

The disappearance of Judge Crater was a HUGE deal in 1930. In our times, it would have caused a tabloid furor. As a fan of any sort of history I’m ashamed to say that I hadn’t heard of this case. That, however, made this book a lot of fun for me. I had no preconceived notions or theories. 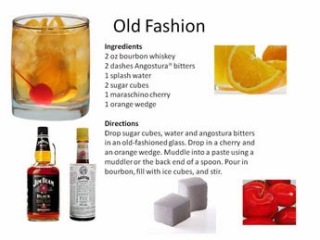 Was Crater a victim of his times? Now-a-days we’d call him the worst sort of philanderer and crook. But, in the 1930’s corruption was rampant, having a mistress (or two) was de riguer, and being involved with mobsters was the way politicians got things done. Of course the guy was going to come to a bad end. It’s almost a miracle that any of the politicians of that decade made it out alive.

I suggest you make yourself an Old Fashion, turn on some Benny Goodman or Billie Holiday, and sink yourself into this keen book. It will blow your wig. (Did I look up slang from 1930? You bet I did.)

36 thoughts on “The Wife, The Maid, and The Mistress by Ariel Lawhon”