From the celebrated author of The Secret Life of Bees, a magnificent novel about two unforgettable American womenHetty “Handful” Grimke, an urban slave in early nineteenth century Charleston, yearns for life beyond the suffocating walls that enclose her within the wealthy Grimke household. The Grimke’s daughter, Sarah, has known from an early age she is meant to do something large in the world, but she is hemmed in by the limits imposed on women.Kidd’s sweeping novel is set in motion on Sarah’s eleventh birthday, when she is given ownership of ten year old Handful, who is to be her handmaid. We follow their remarkable journeys over the next thirty five years, as both strive for a life of their own, dramatically shaping each other’s destinies and forming a complex relationship marked by guilt, defiance, estrangement and the uneasy ways of love.As the stories build to a riveting climax, Handful will endure loss and sorrow, finding courage and a sense of self in the process. Sarah will experience crushed hopes, betrayal, unrequited love, and ostracism before leaving Charleston to find her place alongside her fearless younger sister, Angelina, as one of the early pioneers in the abolition and women’s rights movements.
My Quick Thoughts:
I think I expected too much out of this book. It was good. It was even great, at times. However, it didn’t completely sweep me away. I thought Hetty and Sarah were going to have an amazing and complex relationship. They weren’t even together for large portions of the book.
Don’t get me wrong. I liked the book. I just didn’t love it. That might be on me. My expectations got the better of me. 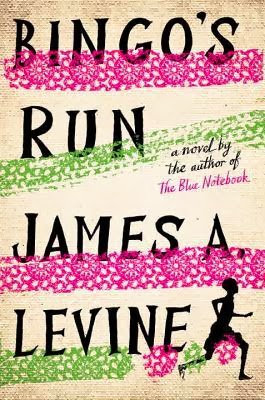 Bingo’s Run by James A. Levine
Publisher: Spiegel & Grau/Random House
Publication Date: January 7, 2014
Source: Spiegel & Grau via NetGalley
Description:
For fans of Dave Eggers, Teju Cole, and James McBride, comes this extraordinary novel of morality and the redemptive powers of art that offers a glimpse into an African underworld rarely described in fiction.

Meet Bingo, the greatest drug runner in the slums of Kibera, Nairobi, and maybe the world. A teenage grifter, often mistaken for a younger boy, he faithfully serves Wolf, the drug lord of Kibera. Bingo spends his days throwing rocks at Krazi Hari, the prophet of Kibera’s garbage mound, “lipping” safari tourists of their cash, and hanging out with his best friend, Slo-George, a taciturn fellow whose girth is a mystery to Bingo in a place where there is never enough food. Bingo earns his keep by running “white” to a host of clients, including Thomas Hunsa, a reclusive artist whose paintings, rooted in African tradition, move him. But when Bingo witnesses a drug-related murder and Wolf sends him to an orphanage for “protection,” Bingo’s life changes and he learns that life itself is the “run.” A modern trickster tale that draws on African folklore, Bingo’s Run is a wildly original, often very funny, and always moving story of a boy alone in a corrupt and dangerous world who must depend on his wits and inner resources to survive.
My Quick Thoughts:
I enjoyed this book from the first page to the last. For a tale about a young boy running drugs it was awfully funny. At the same time it pulled on every heart-string. I found myself rooting for Bingo in a big way. Bingo’s Run was an eye-opener of a book that left me feeling culture-shocked, grateful, and amazed.
Would I recommend it? Highly.

When Deborah Samson disguised herself as a man and joined the Continental Army, she wasn’t just fighting for America’s independence—she was fighting for her own. Revolutionary, Alex Myers’s richly imagined and meticulously researched debut novel, brings the true story of Deborah’s struggle against a rigid colonial society back to life—and with it the courage, hope, fear, and heartbreak that shaped her journey through a country’s violent birth.

After years as an indentured servant in a sleepy Massachusetts town, chafing under the oppressive norms of colonial America, Deborah can’t contain her discontent any longer. When a sudden crisis forces her hand, she decides to finally make her escape. Embracing the peril and promise of the unknown, she cuts her hair, binds her chest, and, stealing clothes from a neighbor, rechristens herself Robert Shurtliff. It’s a desperate, dangerous, and complicated deception, and becomes only more so when, as Robert, she enlists in the Continental Army.
What follows is an inspiring, one-of-a-kind journey through an America torn apart by war: brutal winters and lethal battlefields, the trauma of combat and the cruelty of betrayal, the joy of true love and the tragedy of heartbreak. In his brilliant Revolutionary, Myers, who himself is a descendant of the historical Deborah, takes full advantage of this real-life heroine’s unique voice to celebrate the struggles for freedom, large and small, like never before.

I had a great time reading this book. It’s based on a true story and those books are always a treat for me. In this case you could feel the love that the author had for the subject.

Revolutionary is a well-written labor of love about a fascinating woman. You can’t go wrong with this one.