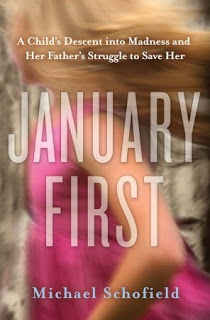 Description:
Michael Schofield’s daughter January is at the mercy of her imaginary friends, except they aren’t the imaginary friends that most young children have; they are hallucinations. And January is caught in the conflict between our world and their world, a place she calls Calalini.  Some of these hallucinations, like “24 Hours,” are friendly and some, like “400 the Cat” and “Wednesday the Rat,” bite and scratch her until she does what they want.  They often tell her to scream at strangers, jump out of buildings, and attack her baby brother.   At six years old, January Schofield, “Janni,” to her family, was diagnosed with schizophrenia, one of the worst mental illnesses known to man.  What’s more, schizophrenia is 20 to 30 times more severe in children than in adults and in January’s case, doctors say, she is hallucinating 95 percent of the time that she is awake. Potent psychiatric drugs that would level most adults barely faze her.
A compelling, unsparing and passionate account, January First vividly details Schofield’s commitment to bring his daughter back from the edge of insanity.  It is a father’s soul-baring memoir of the daily struggles and challenges he and his wife face as they do everything they can to help Janni while trying to keep their family together.

Have you read this? What did you think?